The Golden Spinning Wheel, Op. 109, is the third of the symphonic tone poems that Dvořák wrote in the early months of 1896. During Dvořák’s visit to Vienna, Johanna Brahms urged him to move his family to Vienna, an invitation that Dvořák couldn’t seriously consider, since, after returning from the United States, he now felt more attached than ever to his native land. (Czech Republic) Taking a cue from Liszt’s pioneering tone poems, Dvořák assigned a musical theme to each central character in the action, allowing it to be transformed by the events in the unfolding drama.

The Golden Spinning Wheel tells the tale of a young king, out hunting on horseback, who stops at a cottage to ask for a drink of water, and, immediately falling in love with Dornicka, the young girl at the spinning wheel, becomes caught in an ill-fated romance. When the king later returns to pursue Dornicka, he encounters her stepmother, who has a young, unmarried daughter of her own. In a turn of events that in our time would surely dominate the media for weeks, the stepmother takes the two girls into the woods, murders and dismembers Dornicka, and sends her own daughter off to marry the king. (Dornicka’s feet, hands, and eyes are later sent along to the king’s castle.) After the wedding, the king goes off to war. In the meantime, an old man, wandering in the woods, discovers the remains of Dornicka’s body and is determined to bring her back to life, a make-over process that ultimately involves exchanging a golden spinning wheel for her feet, a golden distaff for her hands, and a golden spindle for her eyes. When the king returns from his triumphant wartime action, the spinning wheel begins to play a song describing the crimes committed by the stepmother and her daughter. The king races to the forest, where he finds Dornicka alive and even well, and he takes her back to his castle. Dvořák’s ending is uncomplicated and unequivocally happy. 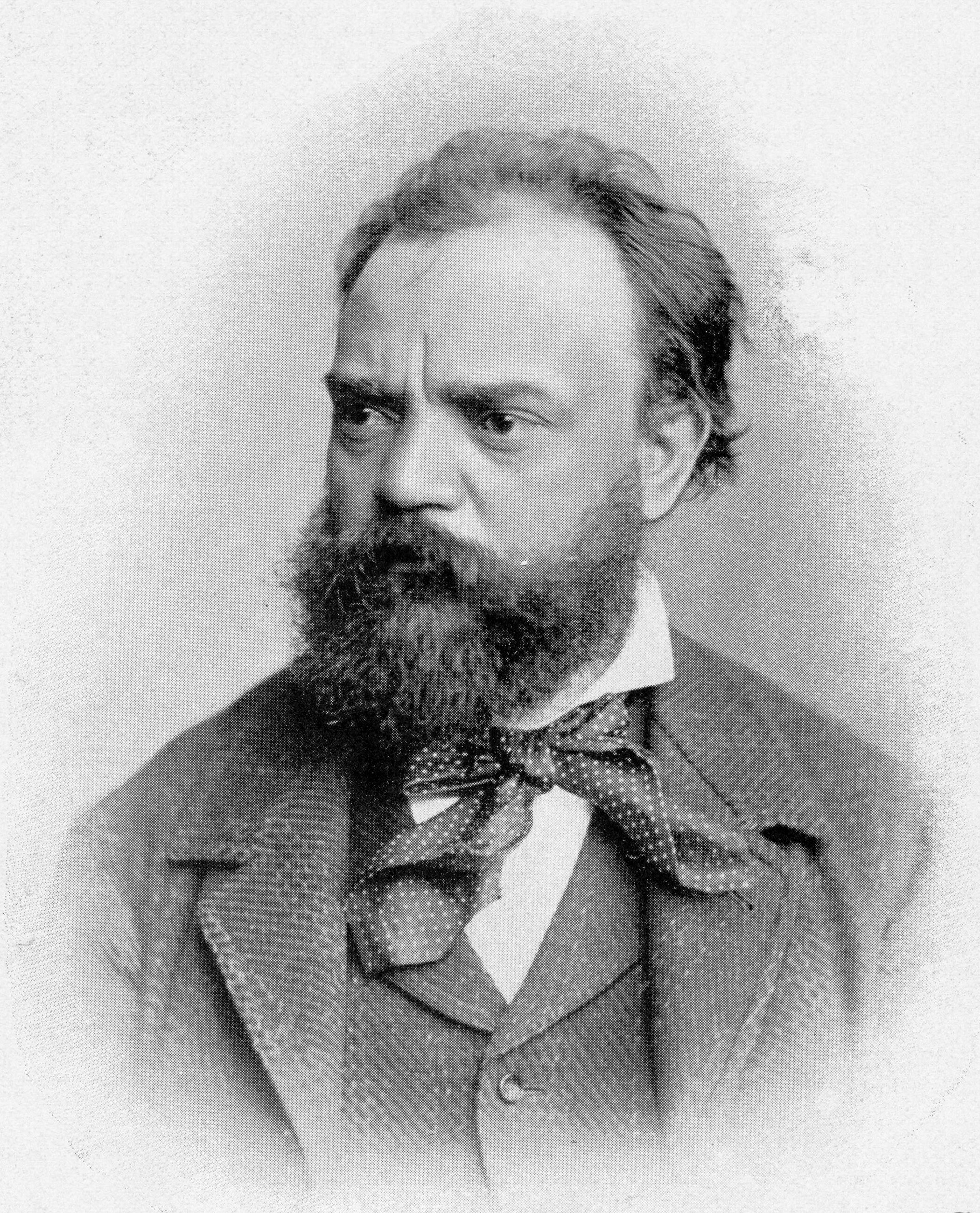 Antonín Dvořák, was born in a small village north of Prague, He was the eldest of 14 children. His father was a professional zither player, an innkeeper and a butcher. Folk music accompanied every family occasion, and young Antonin soon joined his father in the local band – and served as an apprentice butcher. He was the first Bohemian composer to achieve worldwide recognition, noted for turning folk material into the language of 19th-century Romantic music. Dvořák’s technical fluency and abundant melodic inspiration helped him to create a large and varied output. He composed in many musical genres and left works that are regarded as classics in all of them. All nine of his symphonies have since been renumbered from the traditional order to their actual order of composition. His Symphony No. 9 in E Minor (From the New World; 1893) remains his best-known work, It was thought to be based on African American spirituals and other influences gained during his years in the United States. While this is true to some extent, the music is also characteristically Bohemian in its character.

In 1878, Dvořák was in Vienna and was so impressed by a performance of Mozart’s Wind Serenade in B-flat major K. 361 that he wrote his own wind serenade within the space of two weeks after his return. Taking Mozart’s piece as his model, he supplemented the wind ensemble with a bass part for violoncello and double bass. Dvořák’s Serenade for Wind Instruments, Cello and Double Bass in D minor, Op. 44 demonstrates his skill for writing for wind instruments. It is this work that has inspired me to arrange this orchestral tone poem for large wind ensemble. This arrangement of the final two movements of Dvořák’s “The Golden Spinning Wheel” is dedicated to the men and women of the California Polytechnic State University, San Luis Obispo Bands, and to Professor Christopher J. Woodruff, Director of Bands.

This arrangement was premiered at The Christopher Cohan Center, Harold Miossi Hall on June 2, 2018.

The following recording of this arrangement is performed by the California Polytechnic Sate University Wind Ensemble, Christopher J. Woodruff, Conducting.