Symphony No. 1
For Symphonic Winds 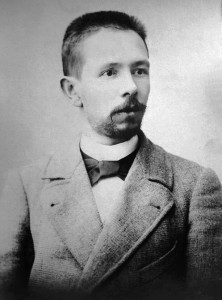 Vasily Kalinnikov (1866-1901) was a composer of two symphonies and a bassoon player. His compositions also included songs and other orchestral works, all with folk song characteristics. He died of tuberculosis on January 11, 1901, just before his 35th birthday. Thanks to Sergei Rachmaninoff’s help, Tchaikovsky’s publisher, P. Jurgenson, bought three Kalinnikov songs for 120 rubles, and later the Symphony No. 2 in A major. The Symphony No. 1 in G minor, which uses some cyclic principles, was performed in Berlin, Vienna and Moscow during his lifetime, but not published until after his death, so Jurgenson increased the fees he would have paid Kalinnikov, and paid them to his widow. He was also survived by a brother, Viktor, who composed choral music and taught at the Moscow Philharmonic Society School.

In 1958, Professor Glenn Cliffe Bainum, Director of Bands at Northwestern University, transcribed the fourth movement of Kalinnikov’s “Symphony No. 1” for the modern wind band. The published work is titled “Symphony No. 1-Finale.” Bainum’s contribution to the great literature for band is immense and his transcription of the fourth movement is one his most monumental, and often performed, works. His transcription features optional antiphonal brass choirs at the end. The Bainum transcription has been recently edited by Christopher Heidenreich to include a full score.

This transcription of the second movement, “Andante Commodamente,” uses the full resources of the modern wind band including piano. It can stand alone or it can be a companion piece to the Bainum/Heidenreich final movement. This movement opens with the oscillation of two notes. Over this figure floats a gentle melody, which, in the final movement, becomes the powerful statement that brings the work to a dramatic close. This beautiful melody is heard often in this movement, which seems to be preparing the listener for bigger things to come.

These two transcriptions, when performed together, will create an enormous climatic ending to any concert. They are also a reminder of what could have been had the young composer lived a normal life span.

A wind band recording of this piece is yet to be made. The following recording is from the National Symphony Orchestra of Ukraine, Theodore Kuchar, conductor, 1994.